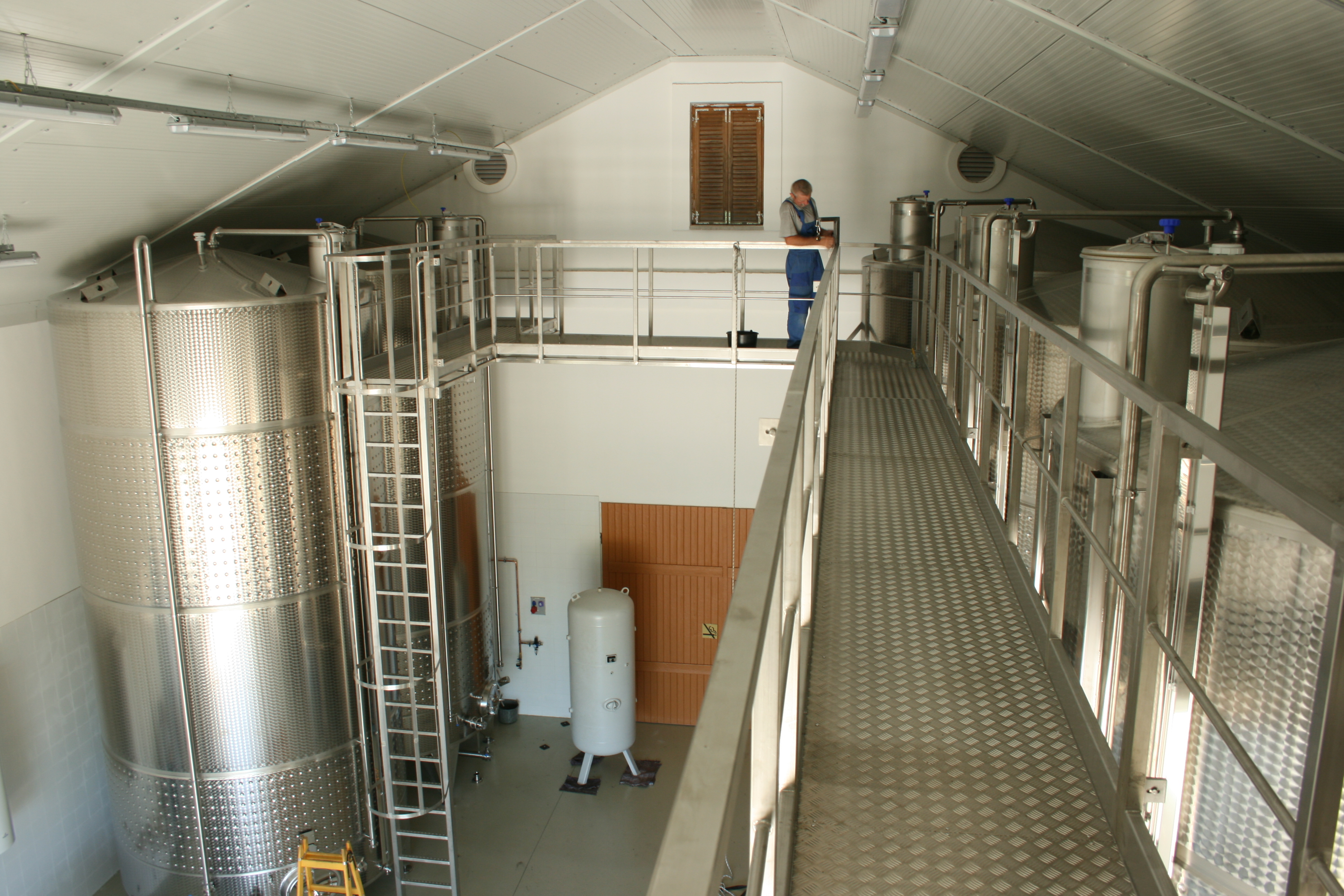 With the products of ÉLBER Ltd. for gold medal wines at Nyakas

Ernő Malya, who was a lecturer at the Horticultural College from a young age, first encountered reductive wines in 1958 during an international wine competition organized in Hungary. These German and Italian wines enchanted the teacher with their freshness, intensity of aroma and fruitiness, giving him a lifelong impulse of the direction in which domestic winemaking should be reformed. But the will is in vain if the technical equipment, the acid-resistant steel tanks, which are indispensable for a reductive wine-making style, are not available.

As chief winemaker at Nyakashegy Ltd., he was gradually able to realize his dreams. The basement building was built in 1998 and could be "populated" with a tank farm from the ÉLBER company. The here produced wines quickly gained international recognition, reflected in the fact that their 2001 Buda Sauvignon Blanc won a gold medal at the International Wine Challenge in 2002. The new winemaking style gave the winery a professional rank and also its manager Ernő Malya, who won in 2002 the “Wine Producer of the Year” award.

Dr Beáta Pühra took over the management of the winery, which was now known as Nyakas Pince private limited company, under whose management the winery has made significant territorial expansion. Its vineyard area is now approaching 200 hectares. Accordingly, also the tank farm of the winery had to be expanded.

We have asked dr Beáta Pühra why she chose ÉLBER Ltd. for the expansion of the tank farm.

The first 3,000 hectoliter tank farm was already manufactured by ÉLBER. These tanks were absolutely reliable, I had never had any problems here in 17 years. They had no holes, not even a spot of rust, the legs did not bend, did not collapse, nothing happened that could be heard from others. I followed the principle "never change a winning team" and therefore also entrusted the further expansion of the tank farm to ÉLBER.

Of course, as we developed technologically and extensively, new problems and issues constantly arose, for which it was not possible to prepare in advance. For example, we didn't anticipate the need to install gates into the 120 hl soak tanks to release discharge faster. So it took many, many hours to clean the tanks, someone always had to climb in to remove the encrustation from the corners and then wash the whole tank again. However, these problems during the operation were always easy to solve, over the many years we were always able to think together with the team of ÉLBER, who were always motivated to solve the problems. They said nothing is impossible.

So it never occurred to us to ask other tank manufacturers for an offer, we entrusted all our developments to them. Our very first cellar with reductive technology had a storage capacity of 3,000 hl, from which we have grown to over 14,000 hl. Our plan for the further expansion of the building has also been completed and there is no question that we will assign ÉLBER Ltd. to manufacture the tanks for this.

vamtam-theme-circle-post
 Category Food industry
In addition to being aesthetically pleasing, the fermentation and maturation tanks can be heated, cooled and remotely controlled.
Read More

Fermentation tanks at the winery Kreinbacher